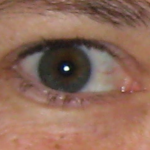 I had to write after reading this article in the New York Times. In short, Google “sees” 92 percent of online traffic for the top 100 internet sites. Other big boys, Atlas (60%), Omniture, and Quantcast (54% – I assume combined) don’t even get close.

And the “small” analytics company StatCounter, appears on a measly 7 percent of domains.

On average, Google sees 9 out of 10 pages that you visit. That’s every page, except that tenth one.

Mike Yang, managing counsel at Google, of course, disputes that Google is monitoring you, saying that the cookies that are issued are, in fact, distinct, and they aren’t cross-referenced with each other.

I’m like, so what? You still see me, or three or four versions of me, walking around the internet doing my thing. It doesn’t mitigate the fact that you are “watching” what I do 92 percent of the time. (Sorry, 88% of time if I’m not updating my MySpace page of my friends.)

I am not into the whole “there’s a massive conspiracy by Google” thing, per se, but, I don’t want one ginormous company watching my every move so they can “target” me better to sell me more crap.

You know, of course, that the NSA is already monitoring everything already, which kind of curls my toenails, but at least there’s that naïve consideration that they’re just looking for terrorists. As long as I’m not looking to build a bomb, I’m safe from the NSA, and if they tried to present anything in a court of law, it would be illegal, right?

But a private, for-profit entity doing it makes me feel a little queasy.

I’ve resisted the pretty graphs of Google Analytics, so far, opting for my company’s product, ConversionRuler, a conversion tracking service, which does cost money but you are guaranteed that we won’t be trying to sell you more advertising, and we won’t monitor your activity. If we did, it’s only one person in a handful of people who has access to the data, and we won’t give the information up without a warrant. In short, I won’t use Google Analytics, because I can’t give them any more info that I already have. (Yes, 92% of my web site visits seems like enough.)

I talked about this in January, and I’m glad to see those Bezerkley students doing something I had thought about many times over. Maybe I’ll write a search engine which monitors how private your browsing is.

Until then, I’m content to pay for my analytics, and give Google not one iota more than I have to.

I DO find this very scary. And I think your concerns apply to analytics, but I think it scares me more with all of the general uses for Google. There really isn’t another search engine like it, as far as I can tell (Are there any better options?). And don’t they have a pretty crummy record of upholding individual freedoms vs. government interests? http://news.bbc.co.uk/2/hi/technology/4645596.stm and http://www.nytimes.com/2009/06/20/world/asia/20beijing.html I am also not a big conspiracy person but how can the utter dominance of one corporation be a good thing? It still amazes me that my funky countercultural buddy used to tout Google – ten years ago – because it was a simple, quality, product.

Hi there, I came across this issue a few months ago and it’s certainly a worry. I use two analytics for my sites – http://www.statcounter.com (my preference) and of course Google’s analytics. I am tempted to remove Google Analytics as I find that Statcounter delivers the same information and in a little more detail. I think the Search Engine war is going to change sides soon though with the introduction of MS Bing and Yahoo teaming up. I guess we’ll just have to see what happens won’t we?!

I just found my favorite firefox extension of the year. It anonymizes your searches by using a proxy server. It does not make all web traffic anonymous, just the traffic you send to Google. I’m installing it on all my machines.